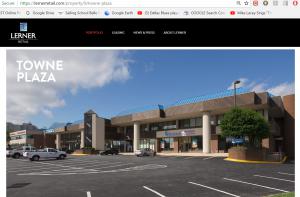 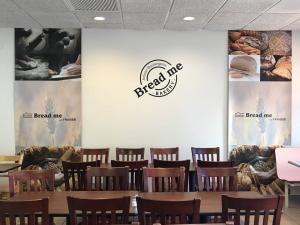 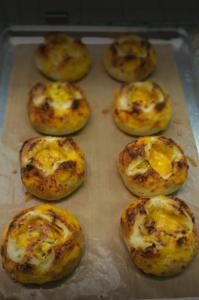 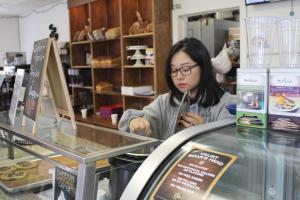 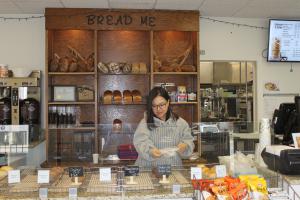 Mihyun Bae, January 2018 at Bread Me in Quantico, Virginia

all baked goods are baked on site according to the highest standards. Thus, customers notice as soon as they enter that BREAD ME is different from other Delis and Sandwich Shops”
— Dong Kwon Choi, Manager of Bread Me

QUANTICO, VIRGINIA (VA), UNITED STATES, September 2, 2018 /EINPresswire.com/ — When Dong Kwon Choi opened the first BREAD ME location in Quantico, Virginia, in 2016 he did not know he was starting a franchise business. His idea was to set up a deli with the freshest bread in town. Thus, the plan was to bake the bread and breakfast pastry in-house, on the very same premises. Mr. Choi had seen similar concepts elsewhere, but the problem was procuring the baking equipment that was small enough to fit into a retail location. After months of research and searching, he was able to acquire suitable equipment, find recipes that work with the available equipment, and set up the first location in Quantico, Virginia. BREAD ME was born.

Comments Mr. Choi, “I did not expect Bread Me to develop so quickly when I opened the Quantico location in 2016. And I certainly did not expect to open locations, certainly not that soon. I thank our loyal customers for their support and the success they have brought to the business.”

The concept behind Bread Me is combining health and taste. As consumers increasing seek foods that are both healthy and delicious, BREAD ME is able to satisfy both of those desires. Typically, breads without egg, butter, milk, and/or emulsifiers are lacking in taste. Because such breads are not soft and quickly loses moisture, they quickly become hard and stale. BREAD ME’s proprietary recipes, however, allows it to produce bread that is healthy AND delicious. Instead of butter or emulsifier, BREAD ME uses organic plant-based oil, organic flour, and natural leavening to bake chewy and delicious baked products.

BREAD ME also sells European-style bread filled with Korean style fillings such as Bul-go-gi and Japchae, thus offering a unique combination of healthy, delicious ethnic yet familiar items to the American public.
Quantico was a good choice because of the marine base that is located there. That means thousands of military personnel who work around the clock have to take breaks and need breakfast or lunch. In fact, the current BREAD ME location in Quantico, Virginia is located right in front of the Quantico Station and is close to the Marine Corps University and the FBI Academy.

Mr. Choi explains: “The secret lies in the fact that all baked goods are baked on site according to the highest standards. Thus, customers notice as soon as they enter that BREAD ME is different from other Delis and Sandwich Shops. Also, the coffee is specifically chosen for BREAD ME and served in customized dispensers.”

“Thanks to the success of the Bread Me location in Quantico, an investor has now joined us, which is covering the set-up cost of the next location, and will continue to provide capital for subsequent locations,” says Mr. Choi. The investor is Ms. Mihyun Bae, who will take on the management of the Quantico Bread Me location soon. Ms. Bae has completed the training course for a Korean baker’s license, as well as numerous other training courses, including Training Course in Sandwich & Salad Preparation, Training Course in Brewing Coffee, and Training Course in Baking Levain (Sourdough) Bread Taught By Food Stylist Sun-hong Park, Author of Book ‘a Cooking Farmer.’ Thus, she has been trained in baking different kinds of bread. She visited Bread Me in January 2018 for final negotiations of the business arrangement with Bread Me, and inspection of the business.

The next Bread Me location will be at the Towne Plaza in Rockville, Maryland, and the space will be significantly larger with approximately 3,000 square feet. Towne Plaza is a 60,000 square foot mixed-use retail office development located on heavily traveled Rockville Pike in Montgomery County, Maryland. Other tenants there include Navy Federal Credit Union, Stephen Anthony Salon, Comfort One Shoes, Savvy Rest Natural Bedroom, Gym Source, R. E. Hackley Dental Spa, and PM Pediatrics. The new Bread Me location is expected to open in early 2019.

How To Make Bread, by Jamie Oliver