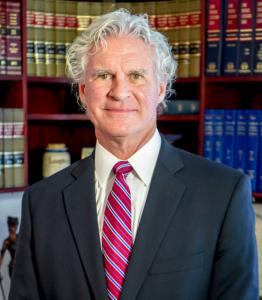 The family filed a Complaint in Colorado, alleging that the manufacturer’s claim that it cannot be opened while contents are under pressure is false.

This particular model of Instant Pot markets itself that it cannot be opened when its under pressure.”
— Attorney George McLaughlin

DENVER, CO, USA , May 2, 2019 /EINPresswire.com/ — After a pressure cooker allegedly exploded and severely burned an 11-year-old girl, her family is suing the manufacturer through their attorney, George McLaughlin.

The incident occurred in September of 2017. Mary Cooper and her then 9-year-old daughter Caroline were cooking soup using an Instant Pot pressure cooker. The device was labeled that it included a feature that prevented it from being opened while the contents inside were under pressure. According to the lawsuit, Caroline opened the lid, believing it was safe to do so, and the contents of the cooker exploded. As a result of this explosion, the complaint alleges: “Caroline Cooper sustained serious, painful, disfiguring and permanent scalding burn injuries to her shoulder, arm, chest, and torso.”

Caroline required several weeks of physical therapy, and is still dealing with the mental and physical trauma of the incident.

The family filed a Complaint in Douglas County, Colorado, styled Cooper v. Instant Brands, Inc., the parent company of Instant Pot. The suit alleges that the manufacturer’s claim that it cannot be opened while contents are under pressure is false.

Denver attorney George McLaughlin is the lawyer who filed the case and has handled numerous product liability cases throughout his career. He said that the manufacturer should be liable for these injuries because they never warned the consumer about the risk. Instead, the manufacturer did the opposite: it promoted safety features that were supposed to prevent injury.

“This particular model of Instant Pot markets itself that it cannot be opened when its under pressure,” he said.

George McLaughlin is the founder of McLaughlin Law Firm in Denver, Colorado. He has been handling product liability cases for more than 30 years. He is the past chairman of the Product Liability Section of the American Association for Justice, founder of the Electric Blanket Fire Litigation group, and co-chair of the Wright Medical Hip Litigation Group.

Are Pressure Cooker Explosion Injuries On the Rise?