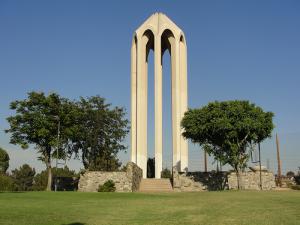 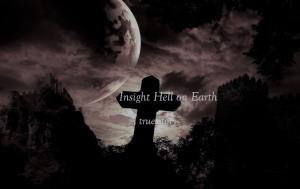 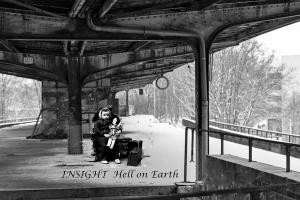 They came with just the clothes on their backs and without any government subsides they manage to create the American dream. ”
— Joseph Murkijanian

LOS ANGELES, CA, US, November 11, 2019 /EINPresswire.com/ — The U.S chamber of congress recently passed a vote recognizing the Armenian Holocaust as Genocide. The following is a historical record of the past hundred years leading to this point in time. A movie title Insight Hell on Earth is currently slated for development. The film gives audiences a perspective of the Armenians journey from Genocide to WW2 and ultimately to overwhelming success in America.

1.5 million Armenian Men, Woman and Children were slaughtered by the Turks in 1915. At the time the Ottoman Empire was starting to lose territories on the outskirts of its empire. In a desperate attempt to save the empire from collapse, Turkish leaders decided to take desperate measures and initiated an ethnic cleansing campaign. Hundreds of the thousands of Christians, mostly Armenians, Greeks and other Christian nationalities were gathered up and marched out of their cities and into the desert areas. Most died from starvation, others shot, hung or butchered by the Ottoman Army soldiers.

Surviving Families were forced into Diaspora. Their homes were destroyed, family members separated and forced to move to different countries. Some moved to Persia (Iran), Lebanon, Syria, Georgia, Greece and Russia. Since Russia had the best economic opportunities thousands of Armenian's ended up settling down in the Krasnodar region of Russia.

Fast forward twenty seven years and these same people are now facing World War 2. Hitler's war machine is pushing forward at full steam. Now these same people that escaped genocide are again being gathered together by the Nazi army to be used as slave labor. Thousands of Armenians are forced into back breaking work in horrific conditions.

Building a community which creates churches, schools, monuments, hotels and prosperous businesses is no small task. But creating offspring who become actors, doctors, lawyers, journalist and political figures is even a greater one. This is a story of a group of refugees who did just that!

At the end of WW2 Three thousand Armenian slave labor workers were assigned by the Allies to a Displaced persons camp located in Stuttgart Germany. They spent over five years living together inside the camp. In 1946 Brigadier General Haig Shekerjian and Famous restaurateur George Mardikian came to visit the camp. On return to the United States they enlisted the help of Eleanor Roosevelt and the Lutheran Church to begin the immigration process for the three thousand men, woman and children into the United States.

Most of the DPs entered the United States through Ellis Island in New York. More than two thirds of these people were slated to travel to Santa Clara California to work as fruit pickers in the local orange fields. After a few years of toiling in the fields they began to migrate to Los Angeles looking for the opportunity to live the American dream. Close to fifteen hundred camp members ended up settling in the small suburb of Montebello, located just east of Los Angeles California.

They came with just the clothes on their backs and without any government subsides they manage to create the American dream. Just like our current Immigrants they did the jobs we Americans refuse to do. Like taking out the trash or cooking and cleaning. Now seventy five years later they own the largest refuge removal companies on the west coast, along with the largest catering truck companies in Southern California. They even built a Hotel and Casino!

INSIGHT HELL ON EARTH (Feature film Project)
A feature film titled Insight Hell on Earth has recently gone into development telling the story of one of the members from the camp.

Based on a true story of an eight year old Armenian girl who is separated from her family and mistakenly sent to Auschwitz where she is watched by a Jewish Women scheduled for extermination."

Although Auschwitz is a main point in the story we tried not to make this a traditional Holocaust film. This story is more a WW II action film. Our goal was to show human spirit and determination for survival.

Here's the pitch:
1942 Nazi's invade a Russian harbor town capturing eight year old Klarisa Ananian's parents. The family is transported to a Warsaw train station to be shipped to a forced labor camp. At the train station Klarisa is separated from her parents and mistakenly placed on train headed to the Auschwitz. Her Father Ashot fearful of her eventual demise volunteers himself to the Nazis and is forced to remove gold crowns from emaciated corpses. After a few weeks of horrific work he finds Klarisa and is able to miraculously gain his way out of the camp. Separated from his wife and infant son Ashot must reunite his family and lead them through one frightful obstacle after another. Placed into physically grueling, life-or-death experiences in which they are, pitted against seemingly insurmountable odds. Will Klarisa and her family find the resources within themselves to prevail against the circumstances and escape to a better life?

In order to gain a better perspective of how dramatically powerful this project really is please go to the link bellow. The website contains a short story reel consisting of Interviews and Documentary footage. Everything you need to know about the Dp's and the story will be there for you! Including the Screenplay.

About The Author: Joe Murkijanian has over Thirty five years' experience in film and television production he is a screen writer, actor, producer, and director of photography. His credits can be viewed at IMDB.com. He is also proud to be a decedent of the Armenian DP's.

Celestial Cinema Productions is a entertainment company that specializes in Documentary and Feature film production founded by Veteran writer and producer Joseph Murkijanian.