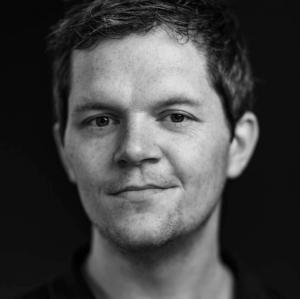 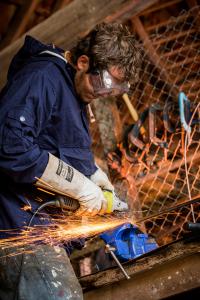 NORFOLK, UNITED KINGDOM, February 20, 2020 /EINPresswire.com/ — Men’s coach Henry Johnstone has launched a new series of unique workshops that help men realise that by mastering the intense heat of a forge, they can also begin to radically change the narrative that they have been living inside for years.

Henry’s formative years were shaped by comments such as "He has lots of potential, but doesn't use it" and "He is such a sensitive boy but he seems so lost." He always felt directionless and without hope. After receiving a diagnosis of bipolar type 2, he wasn’t able to find therapy or treatments which were effective enough to help him become the man he wanted to be. Rather than let his spiral into addiction dictate the rest of his life, Henry researched a variety of coping strategies that helped not only relieve his acute suffering but also provide a rock-solid formation upon which to build a new way of living.

He has worked with young men for over 2 years, teaching them how to vocalise their emotions in a non-destructive way, and sharing the techniques that he found so useful himself.

Henry always had an affinity with metalwork and creating sculptures from steel. Whilst working through some darker periods of his life using metalwork as a release and a therapy Henry realised that the process of using his hands to control the intense heat and powerful tools were skills that would also fit brilliantly within his coaching programmes.

He found he could transform himself as he transformed steel. It brought clarity and direction, it brought vision and a sense of completion. He knew that anyone who joined him in the workshop would feel the same benefits. Young men come to the fully functioning metal workshop and set an intention, for the aspect of themselves they want to leave behind and aspect of themselves they want to embody moving forward. They create a symbol of what this represents to them and create it out of steel.

A converted 19th-century watermill in Norfolk provides a serene backdrop for his three-day workshops, where clients are taught how to create stunning artwork. They are also given tools and techniques for working on themselves. He has incorporated group bonding activities such as cooking meals and building fires for each other, which demonstrate that collaboration can lead to revelation. Henry also calls on trusted public speakers and mentors to come and teach meditation, self-defence, and leadership skills.

Past attendees have said; “You really are an amazing Coach and I feel so much better after talking to you about 'stuff'. Reflecting…it's interesting how the process of talking makes me think about things differently than if I just mull over and stew on things” and “Henry is an amazing and wonderful coach. I was really depressed when I came to Henry. I had a great job and a great family, but I was miserable, I wasn't happy. Henry has helped me so much in getting past my blocks. I feel refreshed and more in control and happier. Henry understands and his powerful intuition pinpoints the problem, he gets to the root quickly.”