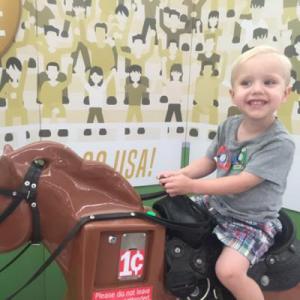 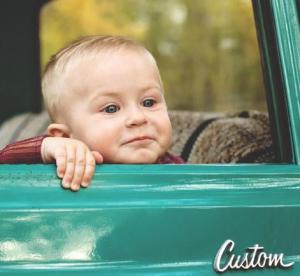 CHICAGO, IN, USA, May 8, 2020 /EINPresswire.com/ — With concerns about the novel Coronavirus causing consumers to stock up on food and supplies and prepare more food at home during the pandemic, food safety is paramount.

Older adults, pregnant moms, babies and small children, and immune-compromised individuals are at greater risk to contract a foodborne illness from improperly prepared or stored foods. Mitzi Baum, CEO of STOP Foodborne Illness, reminds us, “We are all susceptible to the dangerous foodborne pathogens that cause 3,000 to die each year with another 128,000 hospitalized, many of whom continue to suffer from on-going consequences including heart disease, diabetes, gastro issues, and stress disorders.”

With statistics at the ready, it’s not hard to communicate the severity and prevalence of foodborne illness across the country. However, it is also easy to forget that each of those numbers represent a human life (and their families and communities) impacted by the effects of foodborne illness. Consider Grayson and Jensen, two boys from Indiana, whose families still live with the consequences of their E. coli infections. Grayson and Jensen did not know each other. Their cases are presumed to be unrelated. However, both were happy, healthy Indiana-raised toddlers whose lives were disrupted by the brutal effects of foodborne illness in 2016.

In the spring of 2016, Jensen celebrated Easter dinner with his immediate and extended family. Early the next week, his usual happy-go-lucky demeanor had suddenly turned sour, and lethargy kept him bedridden for days. He was barely able to keep any food down or urinate, and Jensen’s mom sensed that something was terribly wrong.

When a family friend, who happened to be a doctor, was asked to intervene they had some blood work done on Jensen. Through a painful blood drawing and a nearly impossible urine test it was discovered that he was suffering from Hemolytic Uremic Syndrome, or HUS. HUS is a disorder that usually occurs when an infection in the digestive system produces toxic substances that destroy red blood cells, causing kidney injury. Symptoms include bloody diarrhea, bowel inflammation, lethargy, abdominal tenderness, bruising (purpura), swelling, and dehydration.

Over the course of several days, Jensen was placed in isolation for dialysis. Doctors were concerned that his HUS was a byproduct of E. coli, a large and diverse group of intestinal bacteria that can cause diarrhea or illness outside of the intestinal tract. They feared that contact with other people could risk spreading this deadly bacteria. His stool samples came back negative—a moment’s celebration for his family. However, those stool samples coming back negative meant there was no concrete proof that it was, in fact, E. coli that had caused the HUS. His family had more questions than answers.

Then, months later, a family member came forward with news that raw flour they had used in preparing for the Easter get-together was recalled for E. coli contamination. No one else in the family fell ill; but Jensen was a susceptible toddler. Unfortunately, the flour had been all used up and there was nothing left to examine for traces of E. coli. It was frustrating because now his family would never know for sure. Thankfully, Jensen survived his battle with E. coli.

Grayson was not as fortunate. During the summer of 2016 Grayson, like Jensen, went from good to bad in such a short time. Initially he was thought to just have a little stomach bug, but as his pain increased and then there was blood in his stool, Grayson’s growing constellation of symptoms was enough for their pediatrician to send them straight to the children’s hospital. Once there, “The doctors had a hard time determining a diagnosis,” Grayson’s mother Kayla recalls. “First, we were told it could be intussusception, a condition in which the intestines fold into themselves and cut off blood supply to affected parts. Then, they said it may be Henoch-Schönlein Purpura, which causes inflammation of the blood vessels. With no definitive diagnosis, we watched our sick son get worse by the minute. [His father] and I were extremely scared and frustrated.”

After being transferred to another hospital, Grayson was diagnosed with HUS. His colon was inflamed, his stomach was hardening, and his pain was severe. Unlike Jensen, they received definitive confirmation from a stool sample: E. coli was to blame. His parents were mortified, uncertain of when or how he could have come in contact with the bacteria. Kayla says, “It could have come from an animal or food, but we aren’t sure. In the days leading up to his illness, we visited our state fair where we were around animals, ate at a few restaurants, and enjoyed food prepared at our home, too. So, it’s very hard to say just where the infection originated.”

Grayson was prepped for a surgically inserted central line for dialysis to give his wrecked body a rest. The doctors drained the fluids from Grayson’s hardened belly and gave him a sedative so he could rest before the next day’s surgery. While sedated, Grayson’s hemoglobin levels dropped, and his heart refused to pump on its own. After two hours of CPR, Grayson could not be resuscitated. This was only five days after his sickness began.

Foodborne illnesses like E. coli and the resulting HUS leave mental and physical scars for years to come, even after they have been diagnosed and treated. The victims’ families will often also bear the indelible mark of foodborne illness on an emotional level. “It’s a lot like PTSD,” Jensen’s mom says, “Every time he even looks like he’s going to get sick I think it’s related to E. coli, or that something like that could happen all over again.”

Kayla recalls what got her through the trauma of losing Grayson. “Going on without my child was the worst day I ever faced. The pain and suffering and heartache nearly ripped me to pieces. When Grayson passed away, I was 17 weeks pregnant with our second child, Graysie. She kept me focused, and truly kept me going because I knew I had to be strong so I could continue to have a healthy pregnancy.”

Mitzi Baum continues, “There are small, basic things every person can do—like washing their hands with soap and water before and after handling food—that can make all the difference in preventing illness from contaminated food.” Please visit www.stopfoodborneillness.org/awareness for more information on food safety and prevention. STOP’s website provides resources such as guidelines for safe food cooking and storage, information on food poisoning, a place to sign up for food recall alerts, and descriptions of multiple foodborne illnesses and their impact on both the individual and the public health.

Stop Foodborne Illness is a national nonprofit public health organization whose mission is to support and engage people directly impacted by foodborne illness and mobilize them to help prevent illness and death by driving change through advocacy, collaboration and innovation. https://stopfoodborneillness.org/ ###