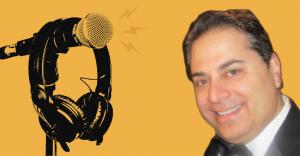 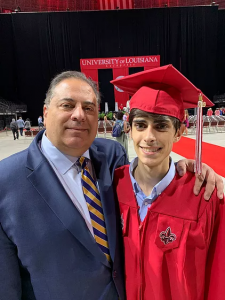 NEW ORLEANS, LOUISIANA, UNITED STATES, May 13, 2020 /EINPresswire.com/ — This episode of Mostly Automotive Marketing with Matt Wilson is all about chat. Mostly. According to Ray Reggie, Digital Expert, Chat is Dead. Is it? Listen and decide for yourself. One thing is for sure; it'll give you something to think about on the dealer level and If you work for a chat provider, you're going to disagree.

Raymond “Ray” Reggie began his career in the automobile business in 1983 as a salesman and has worked at practically every position in the business. He is recognized by peers in the auto and media industries as a leader in marketing, branding, e-commerce, and sales training. Lecturing throughout the country on how to effectively start and operate Business Development Centers (BDC), Ray delivers his signature series of training programs directed at optimizing website traffic through branding, marketing, and traditional advertising.

Ray’s extensive advertising experience dates back to 1991 when he started a national based media placement company that grew into a $65 million annual business. Ray relies extensively on the marriage of Quantitative and Qualitative data when building marketing campaigns. This “Q&Q” methodology is a fundamental staple in every media campaign that he designs in the arenas of direct response, automotive, and political campaigns. He has also developed and
implemented strategic multimedia campaigns to drive heavy traffic to web sites. Utilizing advanced and proprietary web traffic reports to constantly monitor, tweak and change his campaigns, Ray ensures optimum success and cost-effectiveness.

Ray Reggie was one of the first media buyers in the country to incorporate cable as a utilized medium for political campaigns. Ultra-Target messages are directed to the exact intended audience to maximize effectiveness and generate an optimal return on investment. In addition to paid media, Ray is routinely retained to garner and manage earned media and crisis communication for clients ranging from independent enterprises to Fortune 500 companies. His public relations and media skills and experience have made him an in-demand lecturer at colleges, universities, media outlets, trade groups, as well as many national and state associations.

When Ray is not working, he enjoys traveling, spending as much time as he can with his two wonderful children in New Orleans, entertaining friends and cooking.