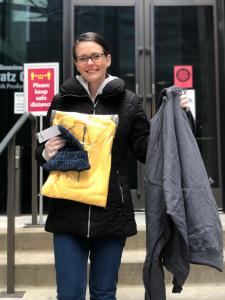 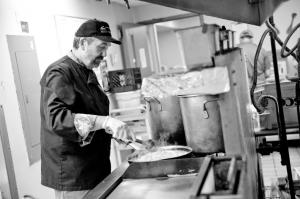 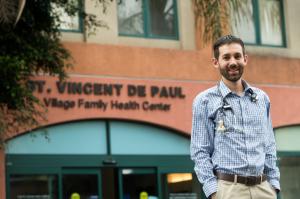 COVID-19 has dramatically impacted the homeless population as many shelters remain closed.

GREENWICH, CT, USA, May 21, 2020 /EINPresswire.com/ — Fotis Georgiadis, owner of the blog by his namesake, is a branding and image consultant specialist with a robust background and is a visionary interviewer. With a knack for pulling out a well-rounded interview, not only covering cutting edge technologies and corporate directions but also bringing out the personal side of the interviewee.

The current pandemic due to COVID-19 has hit the homeless population hard due to the closure of so many assistance facilities. Fotis Georgiadis is helping build and market the different brands that Jackie Lorens Harris, Scott Leysath and Dr. Jeffrey Norris run. If you need marketing exposure or additional services such as brand and image consultation, be sure to reach out to Fotis Georgiadis via the contact information at the bottom of this release.

Jackie Lorens Harris, Social Service Center Director at Chicago Lights
Without sharing real names, can you share a story with our readers about a particular individual who was impacted or helped by your work?

I met Jennifer a couple months into her working with Chicago Lights. She was in her mid-30s and had a long history with substance abuse and chronic homelessness. Jennifer typically came in for clothing and hygiene items and grabbed a lunch from Fourth Presbyterian Church in Chicago’s Meals Ministry program. Like many of our guests, Jennifer worked with a team of mental health providers at a partner agency, which would monitor her mental and physical health needs, with the hope of eventually locating permanent supportive housing through the agency’s housing subsidy connections. Jennifer worked with a number of our case managers over the years and was presented with a few housing opportunities, but deadlines passed and Jennifer was put back on waiting lists multiple times — we couldn’t access some of her identification documents in time, she missed interviews with the housing provider, and sometimes, we just didn’t see Jennifer for weeks at a time.

Around May 2017, her name came up for another permanent housing unit. Over the past year, she and I worked on applying for Social Security Disability Benefits, making sure she attended all medical appointments, and most importantly to her, rekindling her relationship with her teenage daughters, who lived with Jennifer’s mom. For some reason, this housing opportunity was different for Jennifer. She felt more ready. She was ready to commit to a new set of goals, and we worked together over the next several weeks to fill out assessments, obtain documentation, get medical records from physicians, and attend a Chicago Housing Authority interview.

Within a week of the interview, Jennifer was approved for permanent supportive housing, and I met her at her new building to help her sign her lease. Finish this emotional interview here.

–
Scott Leysath, TV host of two cooking shows featuring fish and game on Sportsman Channel
Without sharing real names, can you share a story with our readers about a particular individual who was impacted or helped by your work?

Around 2009, I was working alongside a cook at one of the shelters. He told me about how he had a house and family prior to the financial crisis the year or two before. He had lost his construction job due to layoffs from lack of work. He sold whatever he could sell to pay the rent, but eventually lost whatever he had left, including the home he and his family lived in. He ended up at the shelter, a place he’d never imagined he would be, and started working in the kitchen in exchange for a place to sleep. His wife and two kids went to live with her parents, but the crash was tough on their marriage, so he didn’t join them. He developed his culinary skills at the shelter which led to a job in a restaurant nearby. He was still living at the shelter but, with the added income from the restaurant job, he was about to move into an apartment with the hopes of getting his family back together. Now I wish I had followed up to see how his plans worked out. The full interview is available here.

–
Dr. Jeffrey Norris, Medical Director at Father Joe’s Villages
Without sharing real names, can you share a story with our readers about a particular individual who was impacted or helped by your work?

One of our patients was dealing with debilitating depression, substance use disorder and suicidal thoughts as the result of a traumatic event. Unfortunately, these issues eventually led him to losing his home and living out of his car. After living in his car for a little while, the client developed debilitating back pain — so bad that he needed to use a walker to get around. Eventually he began sleeping on the streets, which only exacerbated his pain. Soon, he was struggling to walk at all. As you can imagine, it is impossible for a neighbor in need to focus on finding work and housing when they’re facing such insurmountable challenges. This man needed multidisciplinary, holistic support to address all of these issues and he needed housing and a safe bed in order prevent the pain from getting worse. Through the Village Health Center, he received mental health care and physical health care. Through San Diego’s coordinated entry system, he was able to find housing. With support from his Village Health Center doctor, he was eventually able to get back surgery, which relieved his pain and allowed him to focus on the future. He is now living on his own and self-sufficient. His story emphasizes how poor health and homelessness feed each other in a dangerous cycle. Read the rest of the interview here.

You can contact Fotis Georgiadis at the below options.