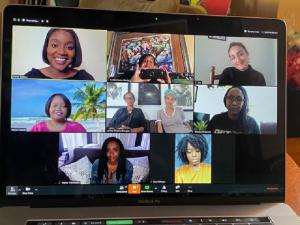 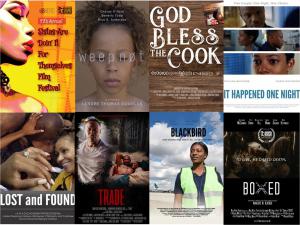 Now more than ever the Black female perspective is needed in filmmaking, we cannot deny their power. The community needs to know and support our “Sister Sheroes” as they tell our stories.”
— Sandra Evers-Manly, BHERC, President and Founder

LOS ANGELES, CA, USA, May 28, 2020 /EINPresswire.com/ — The Black Hollywood Education and Resource Center (BHERC) BHERC TV streaming service is fresh off of a successful 27th Anniversary of the “Sistas Are Doin’ It For Themselves” Short Film Festival streamed online at BHERC TV May 23rd Noon to May 24th 5:00PM with a vibrant and interactive Q and A ZOOM session that followed the end of the festival with the filmmakers at 6:00PM on Sunday May 24th.

More than 1250 national and international viewers logged in at their leisure to enjoy the 7 films selected for this year’s event. Many commented in the Q and A that one of the key benefits of the festival was the opportunity to watch the films “on demand” and multiple times. Others indicated that they had not been able to travel to Los Angeles in the past. Having in online, allowed them the opportunity to participate as well as to meet the filmmakers. “I had a phenomenal experience participating in the BHERC Sistas Are Doin’ It For Themselves Film Festival. My film Blackbird is a proof of concept for a feature script I wrote that is seeking funding. As a filmmaker I felt very supported and I am grateful for an opportunity to share my film with the world and reach a global audience.” Stated Nicole Thompson Director “Blackbird”.

The Q and A was exceptionally informative. Moderated BHERC President Sandra J. Evers-Manly, the session moved amongst the filmmakers attempting to answers the overwhelming number of questions from the audience. Delving into the motive, inspiration, budgets, practical and technical aspects of the making of each of the films. Allowing also to display some of the personalities and backgrounds of filmmakers. Each were able to provide insight and advice about their process and what to do to get started as well as what projects they are working on next. The 2020 filmmakers consist of emerging directors who are students, actresses, even a long-time comedienne who is now a director. All who have a unique voice and story that was told with many more to come. “This year’s festival was a little different from our past festivals. It was our first time going virtual and it was great. The response from both the filmmakers and the audience was overwhelmingly positive,” remarked John Forbes, Executive Director, BHERC. “The audience was able to watch the films at their leisure and streaming films gave the filmmaker a wider audience base, not only locally but globally. We had viewers from the state Washington to Washington, D.C., from California to New York and beyond.”

“I am so honored to have “It Happened One Night” selected as a part of the 2020 Sistas Are Doin’ It Themselves Film Festival. BHERC consistently supports us filmmakers. We had an extraordinary weekend of screenings and a fantastic panel discussion,” stated Jabree Walker, Director, “It Happened One Night”. "SISTAS…" began twenty-five plus years ago as a call to the entertainment industry to acknowledge the grand talent among African American women filmmakers. A screening and discussion now one of the most recognized inspirational and emulated events of the Black filmmaking community and the only program that has consistently supported the work of African American women filmmakers for more than two decades.

The 2020 class of Sistas Short Film filmmakers included:
It Happened One Night – Jabree Webber, Director/Writer: In 2022, after Roe v. Wade is overturned, a woman struggles to find the care she needs after being sexually assaulted.;
Lost and Found – Director/Writer Dezmyre Volmeus: A successful fashion editor recently engaged to her ex-con lover. She used her connections to get him a hotel manager position, only to find out he got an employee pregnant. Should she fight and make it work or can love conquer all?
Trade – Alycia Cooper, Director/Writer: After being released from prison, a married father of two must protect his family from the cellmate he crossed a line with.;
Blackbird – Nicole L. Thompson, Director/Writer: A young woman is torn between two worlds: her day job cleaning planes and her dream of becoming a pilot. When she takes steps to pursue aviation, she is met with resistance, and must fight against the odds to get her wings.;
Weep Not – Lenore Thomas Douglas, Director/Writer, Cheray O’Neal, Writer: Journey Gordean, a successful journalist gets to cover a story of a lifetime, but her ambition is tested when that very assignment is the man who assaulted her when they were children.;
Boxed – Director/Writer/Producer Wanjiru Njendu: Boxed is a fictionalized short film based on the true story of Henry "Box" Brown a slave who mailed himself to freedom in 1849.;
God Bless the Cook – Director Zoe Malhotra, Annalise Pasztor: Roslyn Spence, a Cordon Bleu-trained chef, introduces her greatest mentor and challenge: her mother. At 94 years old, Edith Bell is still cooking, dancing, and sharing stories of when she cooked for Hollywood’s biggest stars. When the two are in the kitchen together, sparks fly between the two big personalities with very different life experiences. Through their shared language of food, this story reflects on that special bond shared between mother and daughter.

Due to the COVID -19 pandemic The BHERC Sistas Are Doin' It For Themselves Film Festival” this 27th year was an opportunity for participants to screen the films online at BHERC TV. A New streaming service launched in February 2020 that provides short film content — from comedy to drama, narratives to docudrama — produced and directed by Black Filmmakers. BHERC TV is a leading worldwide provider of narrative and documentary short films about the African American experience as well as content from across the diaspora and diverse populations. For more information about BHERC TV log on to www.bherctv.com.