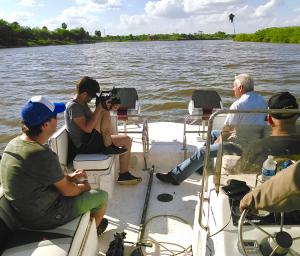 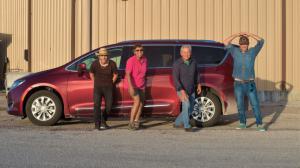 New documentary film will tell the story about the indigenous food of Texas. History, archaeology and the leadership of Mexican American women.

What you eat tells who you are,”
— Adán Medrano

HOUSTON, TEXAS, US, June 19, 2020 /EINPresswire.com/ — JM Media, LLC, announced that by Labor Day it will complete the post-production phase of its independent documentary feature film about indigenous Texas Mexican food. “We will deliver the finished 75-minute film for distribution the first week of September,” said Adán Medrano, Executive Producer of the feature film. JM Media, LLC intends to sign a deal with a film aggregator. Aggregator is the industry term for marketers who take a film and channel it to streaming video services like Hulu, Netflix, Amazon and other distributors. The name of the film aggregator has not been made public.

The film slogan is “What you eat tells who you are,” and it engages cooks, scholars, artists and activists as each tells how food shapes who they are. Styled as a “road movie,” it is shot in Texas cities and towns, including Houston, San Antonio, Corpus Christi, McAllen, and Harlingen, and ends aboard a small boat on the waters of the Rio Grande. Foregrounding the leadership of Mexican American women, the scenes of cooking, baking, singing, feasting and barbecuing, show how food is key in the formation of identity and the strengthening of community.

The film has already received a major public endorsement from the Smithsonian in Washington, DC. It has also received a public endorsement from the Hispanic Association of Colleges and Universities (HACU), with the producers planning to distribute the film directly to Universities, Colleges and Community Centers throughout the US for inclusion in academic and cultural public film series. Both the Smithsonian and HACU have been shown segments of the film and have praised its cultural and educational significance.

“It's a story about Texas’ first food, beginning 15,000 years ago, and how it came to be known today as Mexican food,” says Medrano. He says that the film will trace the history of “comida casera," home cooking of Mexican American families, showing through archaeological research that it begins when indigenous people first stepped on Texas soil. He says that the film will show, for the first time ever, how ”over time and during conquest, Texas Mexican food has sustained the memory of Mexican American families and strengthened the bonds of community.”

The documentary production team is a Texas-Latin America collaboration. The Producer is Virginia Díaz from Texas who has worked on several feature films as location manager, including co-location manager of the feature film, “Selena.” The Director, Anibal Capoano is from Uruguay and this is the first documentary he has directed outside of Latin America. The Director of Photography, Gabriel Bendahan, is also from Uruguay, and he has shot films in both Latin America and the US.

The film story is based on the writings and culinary research of Executive Producer, Adán Medrano. His two recent books are “Truly Texas Mexican: A Native Culinary Heritage In Recipes,” and “Don't Count The Tortillas: The Art of Texas Mexican Cooking.”