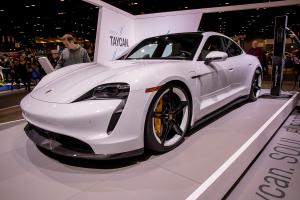 ARLINGTON HEIGHTS, IL, UNITED STATES, August 26, 2020 /EINPresswire.com/ — Take a quick look back in history with Peter Machinis to learn about the evolution of barbecue in Kansas

Barbecue is not only a popular cuisine, but also a true American experience. Eating and cooking barbeque is deeply rooted in American traditions and heritage. From backyard cookouts, to sporting events, to parties and camping, barbecue can be found in homes all across the country. But where did it all begin?

Peter Machinis, a passionate barbecue connoisseur, explains that American barbecue can be traced back to four main regions: the Carolinas, Memphis, Texas, and Kansas City. Surrounded by rivers and railways, Kansas City, also known as America's Barbecue Town, is a major hub in the Midwest. According to Peter Machinis, the city’s signature cuisine and culture is centered around barbecue traditions, dating back to the late 19th and early 20th centuries.

The characteristics of Kansas City barbeque are defined by a variety of influences including that of Henry Perry, “The Barbecue King” and his successor Arthur Bryant. However, Peter Machinis notes that many workers from the American South brought their culinary traditions as well. Modern Kansas City barbecue is a melting pot style that is commonly copied in chain restaurants across the United States. According to Peter Machinis, if you’ve ever had barbecue, chances are you’ve tried Kansas City style.

Unlike other regions that focus solely on one type of meat, Kansas City offers a variety including beef ribs, brisket, chicken, fish, lamb, pork spare ribs, pulled pork, and more. Peter Machinis explains that in the past, possum, woodchuck, and raccoon were popular meat options in Kansas City that are no longer eaten. In Texas, beef barbecue is the most popular meat eaten while pork is the staple in the Carolinas and Tennessee.

Despite the wide variety of meats available, Kansas City style is known for making burnt ends of beef brisket. Peter Machinis notes that the burnt ends produce a rich, smoked flavor when tossed in sauce. They are commonly served as stand alone items or on sandwiches.

All barbecue sauce is not made the same, and can vary drastically in each region. Peter Machinis explains that Kansas City style sauce is known to be thick and sweet with a spicy tomato base. Further back in history, Kansas City style sauce was made hot and spicy with a vinegar base. However, restaurants such as Arthur Bryant’s changed their hot sauce recipes over time to appeal to more customers.

What is barbecue without its sides? Peter Machinis explains that Kansas City is also known for its delicious side dishes that perfectly compliment any meal. The most popular side dishes are, not surprisingly, coleslaw, baked beans, potato salad, and fries. Instead of dipping your fries in ketchup, Peter Machinis recommends smothering them in barbecue sauce instead. Popular sides founded in other regions include macaroni and cheese, green beans, rolls, collard greens, mashed potatoes, and fried okra.

People love to taste different variations of barbecue and host competitions. Peter Machinis explains that enthusiasts from around the nation battle for competitive titles and share recipes. The best part about the modern rise of competitive barbecue is expanding your palate and indulging in America’s best cuisine.

Surprisingly, Peter Machinis notes that there are also barbecue clubs such as the Kansas City Barbeque Society. What started as a small group of connoisseurs has now grown into an organization with over 20,000 members. The group also sponsors more than 500 barbecue related events per year around the country.