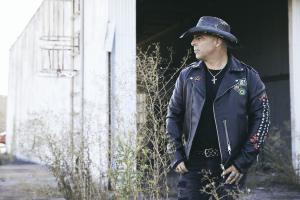 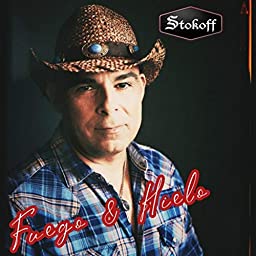 It's also a showcase for Stokoff's command and his unerring ability to sustain and develop musical and lyrical ideas.

BOCA RATON, FL, USA, October 16, 2020 /EINPresswire.com/ — Fire and ice are opposites. Nevertheless, they fit: they're both elemental, and they both sting. Fire sears like a guitar solo, while ice stays solid like a groove from an imperturbable rhythm section. Singer-songwriter Stokoff knows fire, and he knows ice, and he isn't intimidated by either one. On "Fuego & Hielo," he's giving you both at once: fiery passion and icy poise, summer heat and late-night cool. He's cooking, chilling, doing whatever he can to advance the song without ever losing his balance.

His growing fanbase wouldn't expect anything less. They know that Stokoff is an artist accustomed to holding disparate forces in fruitful tension. His entire career so far has been a study in contradictions brilliantly resolved. He was born in Germany and raised in Colombia, but he's a master of American country music. He sings muscular, mainstream country-rock in Spanish and makes it sound like everybody else ought to be doing the same. His voice is oaken, powerful, solid, and sturdy as an I-beam, but he sings lyrics of astonishing sensitivity. His sound is big as the outdoors and wide as the Great Plains, but his storytelling is intimate, person-to-person, and direct.

A re-imagined Poison song, "Fuego & Hielo" is quintessential Stokoff: it hits hard, yet it's propulsive. Here's a song equally suitable to long drives in a pick-up truck and contemplative nights by the fire. This is country-rock at its purest and most powerful. It's also a showcase for Stokoff's command and his unerring ability to sustain and develop musical and lyrical ideas. Whether or not you know Spanish, you'll get the message – Stokoff's narrator is heartbroken, and he's finding a way to let a difficult but cherished relationship go. (We'd tell you to pay attention to the guitar solo, too, but we know you don't need the reminder: there's no way you're going to miss anything as incendiary as that.)

In long-standing country-rock tradition, Stokoff's videos are never too complicated: he knows his songs are their own best special effects, so he picks up his six-string and gives them to his audience straight. For "Fuego & Hielo," he stalks the floor of a giant abandoned factory, strumming and singing and making no attempt to disguise his pain. He stands in neutral territory – somewhere between fire and ice, remaining as impassive as he can, but fully prepared for turbulence, and temperature extremes, directly ahead.