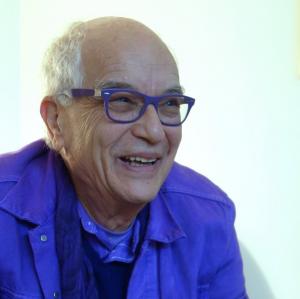 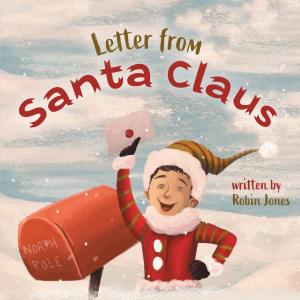 Love and a firm belief can heal the soul and the body.”
— Robin Jones

BRITISH COLUMBIA , CANADA, November 10, 2020 /EINPresswire.com/ — The Yuletide season is fast approaching and to commemorate it, author Robin Jones republishes his quintessential Christmas story. "Letter from Santa Claus" conveys the importance of the season and the power of family bonds, making the children's tale an ideal holiday gift.

The story is actually based on real-life events, namely what could have been one of the author's worst holidays. He remembered the incident when he was rummaging in his attic and happened on a scrapbook from when he was a boy, around six or seven years old. It was full of get-well cards, Valentine's cards, Christmas notes and a letter from Santa Claus back when he was hospitalized for pneumonia. His recovery from the disease, which he partly credits to the letters from Saint Nick along with the care of the physicians and hospital staff, served as the inspiration for "Letter from Santa Claus."

Heartwarming and infused with nostalgia and genuine memories of cherished moments with his family, Jones' story takes readers back to the winter of 1949 to follow a young boy experiencing quite a frightening time. Five year old Robin struggles with pneumonia and has been hospitalized, his doctors and nurses care for him well, and though his father is hard at work he always makes sure to visit Robin and read him stories. One night, he wakes the boy up to share a special letter he received from Santa Claus, telling the little boy about exciting things happening at the North Pole in preparation for Christmas. These precious moments with his father, and the heartwarming letter for Santa, proves to be just what Robin needs to get better and get discharged from the hospital in time for Christmas.

"A father's love for his child and belief in Santa Claus are a big part of healing," Jones says with authority. "Reading to your children on a one on one basis is like magic for the closeness it can bring."

Jones' touching story depicts the healing and nurturing power of father's love and a child's belief in Santa Claus. In its pages he blends children's stories with fairy tales and religious lessons. Moreover, it also represents African-Americans well. And most importantly it shows the benefits of having strong bonds between family members. With "Letter from Santa Claus" Jones keeps the magic of Christmas and family values alive and shares it with his readers.

"Love and a firm belief can heal the soul and the body." Jones says.

About the Author
Robin Jones is the middle child of five from a mixed heritage family. His father had a First Nations mother and a West Indian father who was the first black teacher in East York (Toronto, Canada) in 1923. Jones' great, great grandfather was a slave who escaped through the Underground Railway to Ontario back in the 1800s. On the other hand, Jones' mother was Irish and came to Canada via the United States when she was a teen, and though she was engaged to another she fell in love with Jones' father and they eloped during the 1930s, when mixed marriages were frowned upon. Jones has five children, seven grandchildren and two great grandchildren. He tries to his best to write a poem every day and belongs to a storytelling group in Victoria. He enjoys art, live theater, music and cooking, and loves to entertain and host gatherings.