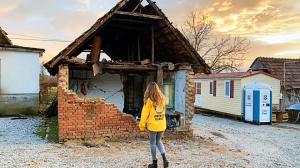 Thousands of buildings were destroyed by the Croatia earthquake leaving families at risk. 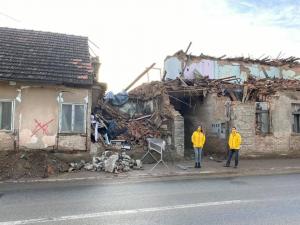 The 6.4 magnitude earthquake and 700 aftershocks have created tremendous damage. 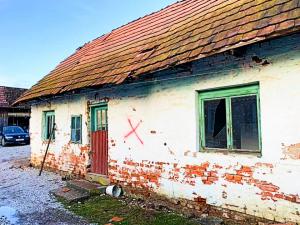 The “X“ on the side of the building indicates initial inspection found the damage irreperable. 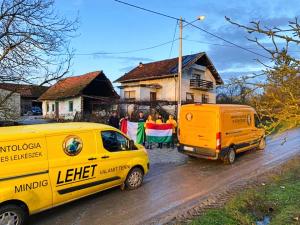 Hungarian and Italian Scientology Volunteer Ministers carried out a joint project to bring needed aid to the victims of the 29 December 2020 6.4 magnitude earthquake in Croatia. 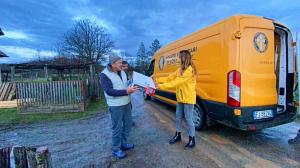 Both vans were filled with supplies for families in and around the town of Glina in the area hardest hit by the earthquake.

Freezing temperatures add to challenges after 6.4 magnitude Croatia earthquake. Volunteer Ministers bring cooking and heating equipment along with other aid.

LOS ANGELES, CALIFORNIA, UNITED STATES, February 1, 2021 /EINPresswire.com/ — Two bright yellow vans rolled into Croatia last week. On the side of each van was the motto of the Scientology Volunteer Minister, “Something can be done about it,” one van bearing these words in Italian and the other in Hungarian.

One group of volunteers set off from Budapest, 410 km northeast of the region. The others came from Padova, 470 km to the west. Both vans were filled with supplies for families in and around Glina, one of the towns hardest hit by the 6.4 magnitude earthquake and some 700 aftershocks.

This part of Croatia was already at risk before the earthquake blasted the region. It never fully recovered from the war that wracked the country in the early 1990s. And the prime minister has called for an investigation into why the earthquake caused so much damage even to buildings constructed after the conflict. But whatever the cause, the result is that local families are at risk as the winter deepens and temperatures plummet.

Both vans were filled with urgently needed supplies. From Padova came furniture for an earthquake-damaged school. “And knowing that many homes were without power for heating and cooking,” said one of the Hungarian Volunteer Ministers, “we brought generators, heating equipment, portable stoves and convection ovens” and tools for shoring up or reconstructing damaged buildings.

“What struck me most was the red X on the walls of so many houses,” the volunteer said. “The mark signifies life-threatening damage to the homes.”

The Church of Scientology Volunteer Ministers program is a religious social service created in the mid-1970s by Scientology Founder L. Ron Hubbard. It constitutes one of the world’s largest independent relief forces.

A Volunteer Minister’s mandate is to be “a person who helps his fellow man on a volunteer basis by restoring purpose, truth and spiritual values to the lives of others.” Their creed: “A Volunteer Minister does not shut his eyes to the pain, evil and injustice of existence. Rather, he is trained to handle these things and help others achieve relief from them and new personal strength as well.”