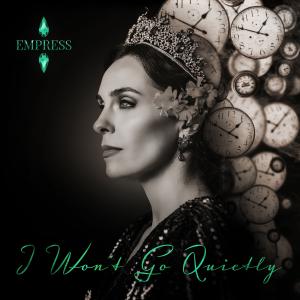 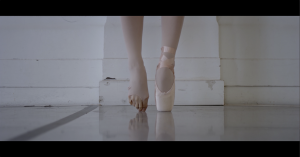 Empowerment comes from within.”
— EMPRESS®

SAN FRANCISCO, CA, UNITED STATES, June 25, 2021 /EINPresswire.com/ — Professional ballerina and Broadway actress turned electro-pop artist EMPRESS® is excited to announce the release of her new single, I Won’t Go Quietly, out Friday, June 25, 2021. Throughout her esteemed career, the San Francisco-based artist has always advocated for authenticity through creativity and this anthem does not disappoint. Just in time to celebrate LGBTQ+ Pride Month, this single is aimed to empower anyone who has a voice but feels like they are not heard.

Contemplating her latest single, EMPRESS says, “It took me a long time to learn how to use my voice, and once I did, I couldn’t go back. Silence is not an option — especially when you stand up for what you believe is right.”

EMPRESS starred in, directed, edited and choreographed the music video that accompanies the single. With the epic cinematography by Siege INC, EMPRESS depicts her career as a ballerina and Broadway actress in an audition scene. Convinced that she is one in a million, EMPRESS is proven wrong when she finds out that four identical women are also auditioning for the same part.

“Empowerment is an inside job — if one of us wins, we all win and we’re stronger together. When we are taught that there’s only one winner, it’s hard to be supportive toward others. But that’s just not true. There’s enough room for everyone to succeed.”

This video sets EMPRESS apart. Check out her music video, I Won’t Go Quietly, to see why she is a force to be reckoned with.

Follow EMPRESS on social media for all upcoming performances and musical exclusives.