On 07/23/21, at approximately 1702 hours, the Vermont State Police responded to a multiple vehicle crash. The crash occurred on Route 103 near the Assembly Of God Drive intersection in the town of Cavendish (Windsor County), VT. The operator of the vehicle that caused the crash fled the scene and it was located by Chester PD on Route 103 near the Route 10 intersection. The operator, who was later identified as Michael Dagostino, took off into the woods. He was found a short time later on Route 10.  Upon further investigation, Troopers determined Dagostino was impaired. He was subsequently arrested for suspicion of Driving Under the Influence, Driving with a Criminally Suspended License, and LSA. He was transport to the Springfield Police Department for processing and released with a criminal citation to appear in court. 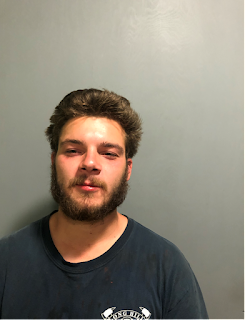